For the month of May, I have a special treat for my book club readers, a hefty pair of books, well-researched and rich in history and content, tracing four generations of women; Her Mother’s Hope & Her Daughter’s Dream, by Francine Rivers. 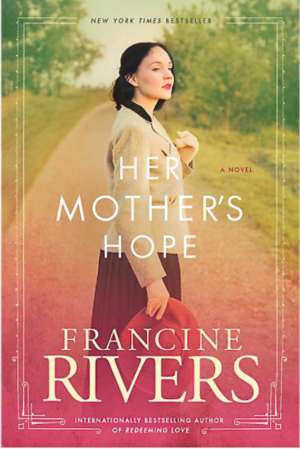 Born in Switzerland at the turn of the century, matriarch Marta Schneider Waltert is strong, capable, and fiercely independent (perhaps to her detriment at times). Her story begins at the hearthside of her family of origin with a kind, but sickly and subservient mother, a handsome older brother, and a beautiful but incapable younger sister. The lion’s share of work—as well as the scorn and abuse of her domineering and drunken father—often falls to middle child, plain Marta.

You’ll want to come along on the journey that takes Marta first to Germany, then France, and on to London before an ocean voyage deposits her as a lone female emigrant on Canada’s shores just before the first World War. And as she, her husband, and three small children, travel to the farming epicenter of California’s Central Valley, where this band of outsiders build their forever lives. Her struggles help to shape her into a wise and resilient woman, but no one would describe her as a tender mother, least of all her own middle child, Hildemara (Hildie).

Her Mother’s Hope, the first of the two books, ends with Marta, older and widowed, recognizing that she has been unduly harsh on Hildie, which she’s justified because she believed a terrible fate might have befallen her frail daughter if tough love weren’t employed early and often. 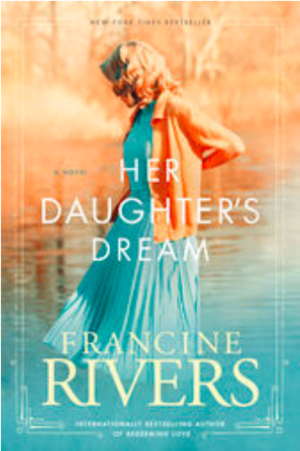 Her Daughter’s Dream picks up where the first story leaves off. . . Hildie is married with two children of her own and unwittingly repeating some of the same parenting patterns that left her wondering if she was ever loved by her mother. Her daughter, Carolyn, suffers abuse by a neighbor when she’s a young girl, and fear and shame cause her to keep the dark secret. We feel the years pass, and the rifts between generations widen.

The Vietnam War exacts its toll on this family as they lose a son to the conflict and Carolyn to her inner demons. Returning home from the stupors of Haight-Ashbury and months of homelessness, her parents are first relieved, then pained anew when Carolyn realizes she’s pregnant. Her baby, May Flower Dawn, is a salvation, but Hildie and Carolyn are locked in a battle for the little girl’s affections from the beginning, each misunderstanding the other just as Hildemara and Marta had.

One might wonder if history is indeed doomed to repeat itself despite everyone’s best effort, until Dawn herself is poised to become a mother. Bringing her child into the world isn’t her only mission; she’s determined to open up the old wounds in her family so that this time they may heal properly.

Through it all, the years, the experiences, the hopes and hardships, it is faith to which these women tether their stars, and it is He who guides them to truth and understanding.

From the publisher: This is a story about the foundational and often-challenging relationships between mothers, daughters, and grandchildren, and the best gifts we hope to leave behind. It is a story that will resonate across generations of readers who will likely recognize a piece of themselves in one of the four women. Marta’s legacy is one of faith and love passed down by a woman who heard from her own mother about God’s good plans for her future. Her story—and one that also becomes her daughter’s, granddaughter’s, and great-granddaughter’s—is a legacy of resilience: of moving past physical and emotional abuse, of overcoming loss and achieving prosperity, and of surviving in the face of war and cultural upheaval. It is an encouragement to mothers and daughters to never give up on the effort to love each other. It is also about the tenacious love of family and the hope that God can be trusted with our lives in every generation.

Many of us have a little more time on our hands than usual these days, and I wasn’t exaggerating when I said these are hefty books. They are not a light or simple read, but hearty in prose and not lacking in meaningful details and descriptions so exquisite, it’s easy to close your eyes for a moment and be transported to the Swiss Alps, the Royal Kew Gardens, the boughs of an almond tree in full bloom . . .

Take a long and lovely journey without ever leaving your home in Her Mother’s Hope and Her Daughter’s Dream; perfect Mother’s Day gifts as well!

Order Both Today! Her Mother’s Hope Her Daughter’s Dream