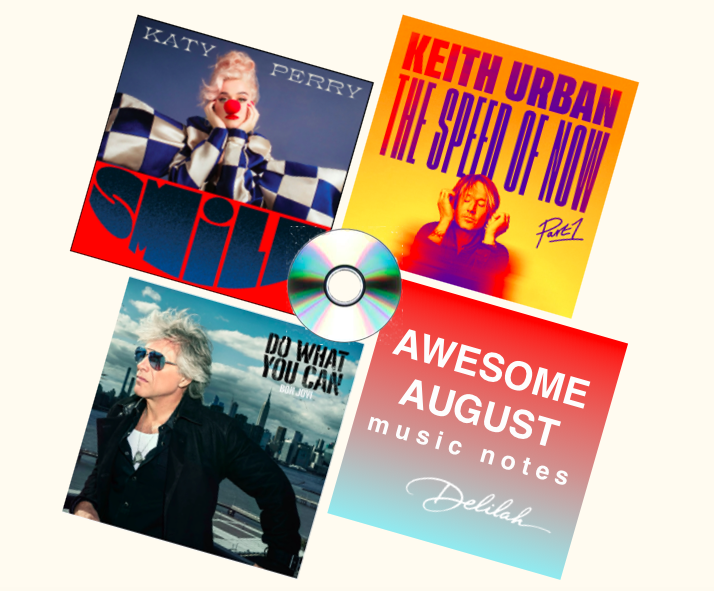 I’ve got three brand new beauties to brighten up your August play lists! Two of these artists have been recent guests on my podcast, LOVE SOMEONE with Delilah, so if you haven’t already listened to the episodes with Katy Perry and Jon Bon Jovi, you’ll want to do that as soon as you’ve finished reading this! And if you did listen right after they dropped - go ahead, listen again! They’re great conversations, with great artists, and you’ll be in a great mood afterward! 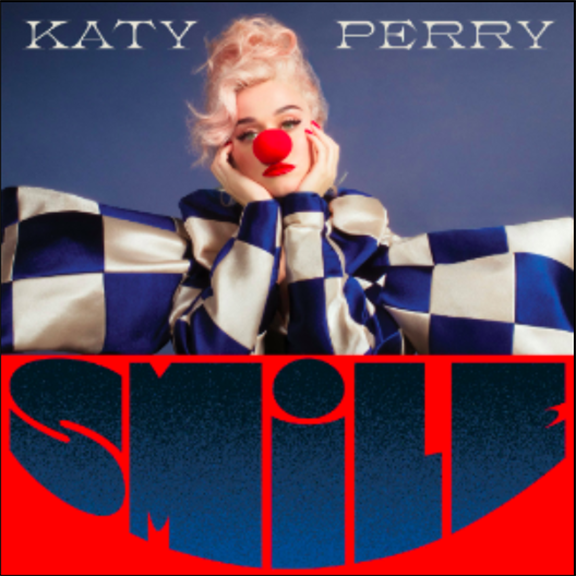 "Yeah, I'm thankful/ Scratch that, baby, I'm grateful/ Gotta say it's really been a while/ But now I got back that smile/ Smile,"

Smile is the upcoming fifth studio album by our sweetest of sweethearts, and someone you rarely see without a radiant smile on her face, Ms. Katy Perry. It’s scheduled to be released at the end of this month, on August 28th!

I covered the first single that dropped, “Daisies” back in my May Music Notes and had a great chat with Katy about it on my podcast. Also, I absolutely can not get enough of the adorable video to “Smile,” which debuted on July 10, and I’m looking forward to listening to the album in it’s entirety; all 12 tracks, which include “Daisies”, “Never Really Over,”“Harley’s in Hawaii,” and “What Makes A Woman,” celebrating the indefinable quality – or combination of qualities – that women bring to the world. An especially important subject for Perry who will welcome her first child, a daughter, with Orlando Bloom before this sizzlin’ summer has come to a close.

WATCH - the video for “Daisies” 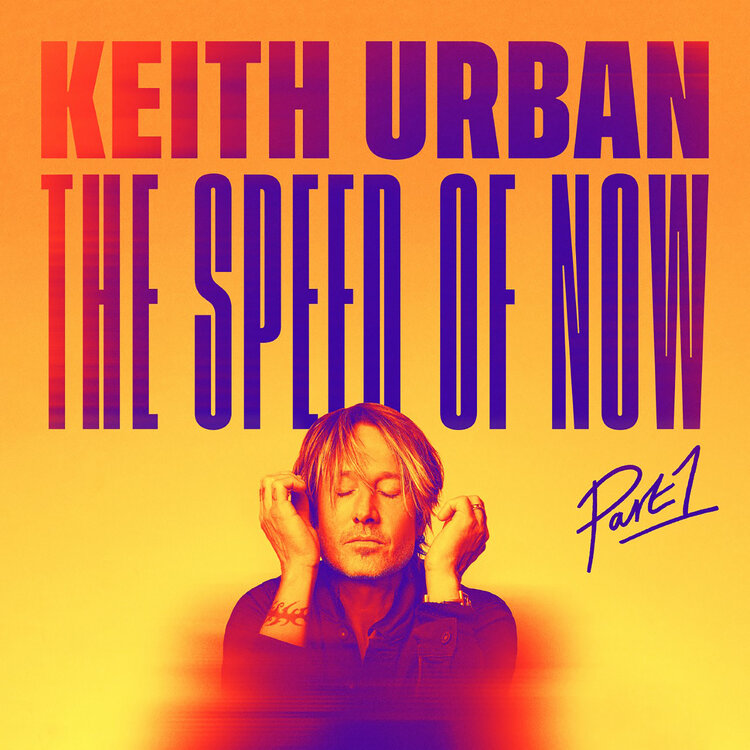 KEITH URBAN: The Speed of Now

Four-time Grammy winner, Keith Urban, will release a new studio album on September 18, entitled, “The Speed Of Now.” It features 15 tracks, and many collaborations with fan favorites like the opening track, “Out The Cage,” with Breland and legendary guitarist Nile Rodgers. Also joining the party, is P!nk on “One Too Many,” and, an alternate version of “We Were,” features the song’s co-writer, Eric Church!

The Speed Of Now, includes the smash hit, “We Were,” the current Top #8 single, “God Whispered Your Name,” and already released tracks “Polaroid” and “Superman”.

PREORDER - The Speed Of Now

WATCH - the video for “Superman”

Join Keith on Wednesday, September 16th (my oldest son’s birthday!) when he hosts the ACM Awards on CBS. 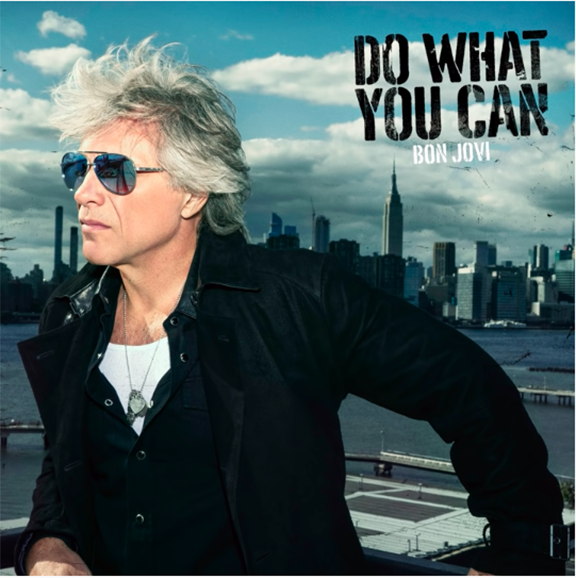 BON JOVI: Do What You Can

The novel coronavirus pandemic brought confusion and frustration to the world. The question, "What do we do now?" echoed around the globe. Jon Bon Jovi answered, in action, word, and song. "When you can't do what you do, do what you can" was the caption to an instagram shot of him washing dishes at JB's Soul Kitchen. Those words became the chorus to another Bon Jovi anthem, one that is sorely needed right now, providing purpose and passion at a time of great need.

"Do What You Can" is one of the singles to the upcoming album, "Bon Jovi 2020" is nowset for an October 2nd release. The band decided not to just postpone their world tour, but to cancel it altogether and refund ticket purchases, because, as he said, "People need money in their pockets right now."

For the full scoop, listen to my recent podcast with Jon, who is as warm and wonderful as ever, and has some important advice to all Americans.

WATCH - the video of “Do What You Can”